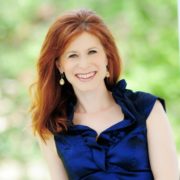 The Living Music Resource™ was created and is maintained by Nancy Maria Balach.  Professor Balach has been on the faculty at the University of Mississippi since 2000, teaching courses in applied voice, graduate pedagogy, undergraduate diction, and vocal methods.  She was selected by The Recording Academy and the GRAMMY Foundation to be one of the 222 Quarterfinalists for the 2015 Music Educator Award from more than 7,000 nominations.

Professor Balach is an active recitalist performing innovative programs internationally.  She is an advocate of new music and has premiered several works by American and Canadian composers.  She has also commissioned three works for soprano, trumpet and piano by composers Stanley Friedman (Fame’s Penny-Trumpet), Jack Gallagher (Let me make songs) and Sara Graef (Stone).

Professor Balach has achieved recognition with her research projects, many inspired by living composers.  She has presented at National Conferences for the College Music Society (2013, 2011), National Association of Teachers of Singing (2012), National Opera Association (2012) and the Hawaii International Conference on Arts and Humanities (2007).  Internationally, she was selected to present at the Phenomenon of Singing Symposium in Newfoundland (2011).